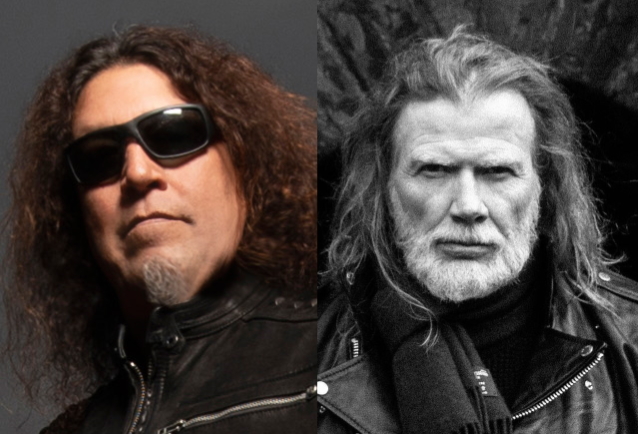 In a brand new interview with MACHINE HEAD frontman Robb Flynn's "No Fuckin' Regrets With Robb Flynn" podcast, TESTAMENT singer Chuck Billy reflected on his band's first-ever U.S. arena tour, which took place in 1990, with JUDAS PRIEST as the headliner and MEGADETH as additional support.

Billy said (see video below): "For the PRIEST tour, we decided we were gonna spend some time on production. We bought a big, fancy Voelker Rack drum set. We bought two new scrims, full-on backline — the whole deal. Nice-looking show. And we get to the first show, and [MEGADETH mainman] Dave Mustaine sees us have it up, and he says we can't use it. [So] we had a little problem the first week of the tour."

Earlier in the year, TESTAMENT completed "The Bay Strikes Back 2020" European tour with EXODUS and DEATH ANGEL.