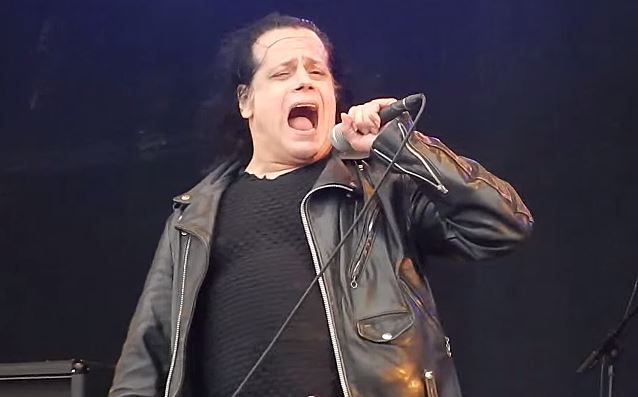 DANZIG: New Album Due In Fall 2015, Covers Collection To Arrive In March

According to Examiner.com, the new studio album from Glenn Danzig's namesake band is set for a fall 2015 release, and his long-awaited covers effort is due in March. He is also working on an EP of Elvis Presley covers.

Asked if there is any other musical ground that he is interested in covering, Danzig laughed and said, "No, probably 'Danzig Sings Elvis' will be about it." He added: "I'm pretty lucky in that a long time ago I started my own label. So I can just put out stuff when I want as long as I have a good distributor and no one can kick me off my own label. So I make sure that it sounds like what people expect DANZIG to sound like and hopefully they'll like the product when it comes out. That's really all that I do."

DANZIG's cover version of the the classic Lee Hazelwood/Nancy Sinatra song "Some Velvet Morning", featuring a guest appearance by Cherie Currie (THE RUNAWAYS),was made available for streaming last year. The track was supposed to appear on Danzig's covers album, which was also due to include Glenn's renditions of classic songs from BLACK SABBATH, ELVIS PRESLEY and ZZ TOP, among others.

Danzig was in the studio in February with DANZIG guitarist/bandmate Tommy Victor (also of PRONG) recording three new tracks for the next DANZIG album. As of six months ago, Glenn had five new songs in various stages of completion.

The first new DANZIG studio album in six years, "Deth Red Sabaoth", sold 11,700 copies in the United States in its first week of release to land at position No. 35 on The Billboard 200 chart.

"Deth Red Sabaoth" was released on June 22, 2010 via Evilive/The End Records. Produced by Glenn, the CD was recorded in Los Angeles over the course of 2009.