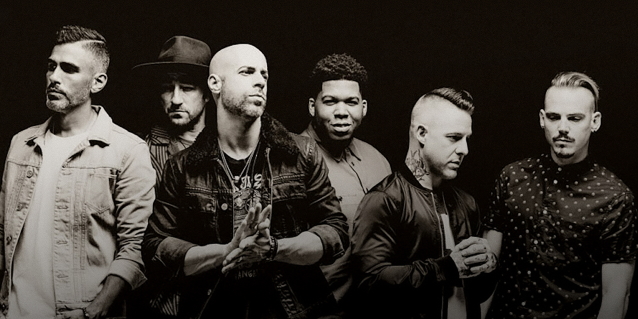 DAUGHTRY Releases Music Video For 'Heavy Is The Crown'

Having already scorched the Billboard Hard Rock Digital Songs sales chart, peaking at No. 1, DAUGHTRY has released the official music video for the hit single "Heavy Is The Crown". The dark and physically combative cinematic narrative picks right back up where the "World On Fire" visual left off.

An already tense and beautifully guitar-laden track, the Tyler Dunning Evans-directed visual finds frontman Chris Daughtry back in that dark warehouse, fighting through sinister henchman to save his bandmates.

"Heavy Is The Crown" marks the first single in 2021 for DAUGHTRY. It's garnered strong critical praise following the band's performances on "Loudwire Nights" and TV's No. 1 daytime talk show "The Kelly Clarkson Show". Maintaining the direction "World On Fire" awarded the band, they continue to embrace their hard rock roots, as evidenced by Chris's recent lauded collaboration with SEVENDUST's Lajon Witherspoon for their reimagining of the hit song "Hunger Strike" (TEMPLE OF THE DOG cover) by Eddie Vedder and the late Chris Cornell.