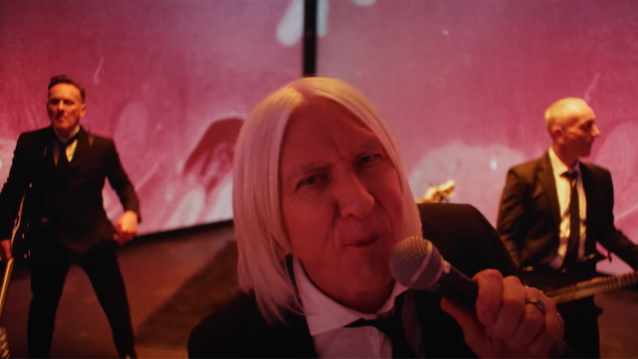 DEF LEPPARD has released the official music video for its new single, "Fire It Up". It is the third single from the band's latest album, "Diamond Star Halos", which is being released today (Friday, May 27) via UMe.

In March, DEF LEPPARD released "Diamond Star Halos"'s first single, "Kick". The song thrusts into an anthemic stadium-ready frenzy kickstarted with driving guitars and bombastic drums woven into its musical fabric. Meanwhile, the chorus has all the makings of another iconic LEPPARD hit with its skyscraping vocals and melodies the band has become synonymous for.

"It's a stadium anthem, and we were about to go into stadiums," Elliott said. "We didn't write it for that reason, but Phil's always trying to write the next 'Sugar' or 'We Will Rock You' or 'I Love Rock 'N' Roll'. We all are, but he actually came up with one, and it's, like, 'Yeah, we've got to do that,' so now it's a 15-song record."