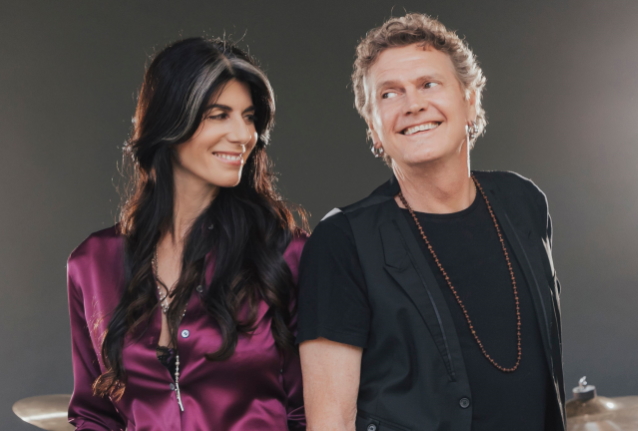 Lauren Monroe — singer, songwriter, and healing artist — will release her new single, "Kiss Me Now", on March 18. The single's arrival will be celebrated with select, intimate performances where Monroe will be joined by her husband and collaborator, Rock And Roll Hall Of Famer and DEF LEPPARD drummer Rick Allen. At the shows, audience members will be able to view two special works of art created by the couple, which will be auctioned online to benefit Raven Drum Foundation. Founded by Allen and Monroe, Raven Drum Foundation's mission is to serve, educate, and empower veterans dealing with PTSD and combat trauma, people in crisis, and other at-risk populations.

Produced by the legendary Jim Scott and featuring Steve Ferrone (drummer of TOM PETTY & THE HEARTBREAKERS),"Kiss Me Now" is Monroe's first release of 2022 and follows her second solo album, 2021's "Under The Wolf Moon". Bassist Bob Glaub (Jackson Browne, Linda Ronstadt, Bonnie Raitt),guitarist and back-up vocalist Brian Whelan (Jim Lauderdale, Chris Shiftlett, Dwight Yoakam),keyboardist John Ginty (THE DIXIE CHICKS, THE ALLMAN BETTS BAND, CITIZEN COPE),and pedal steel guitarist Doug Pettibone (John Mayer, Tracy Chapman, Norah Jones) also appear on the track. Scott describes "Kiss Me Now" as "California country," and Monroe explains it as "a reminder of the impermanence of life — a reminder to be grateful for who we have and the journey we have taken with loved ones." She continues, "It's about being happy and free, having fun but remembering it all ends one day. The pandemic challenged our ability to celebrate just being with people, and this song reminds us to celebrate the moments we do spend together."

The single's release and the subsequent performances coincide with National Complementary Therapy Week, March 20 – 27, in Allen's native U.K. and throughout the United States. Through performance, storytelling, and art, Monroe and Allen create an intimate experience for their audiences, showing them how music can impact healing and growth. The shows dovetail with the mission of Raven Drum Foundation, which promotes wellness through complementary and alternative medicine (CAM) like music and drumming.

Raven Drum Foundation will be partnering with local veteran service organizations in each city to nominate area veterans to attend the shows free of charge. Supporters will have the option to purchase a seat for a veteran by visiting sponsoravet.givesmart.com and Raven Drum will fill the donated seat. In addition, two very special pieces of Allen and Monroe's collaborative, mixed media art works — one of which was the basis for the "Kiss Me Now" cover art — will be on display at the shows and available online via a silent auction. Proceeds will directly benefit Raven Drum's upcoming grant cycle and the Veterans Multi Service Center in Philadelphia, in partnership with "The John DeBella Show" on 102.9 WMGK-FM.

Music and healing have always been a focal point in Monroe's life. Their influence has naturally carried into her songwriting, her support of Raven Drum Foundation, and her work helping people and communities in crisis. Monroe says, "To me, music is a heart-based experience. Through music, I lead people to more deeply connect to themselves and others. It's not just about listening. It's about feeling and connecting." 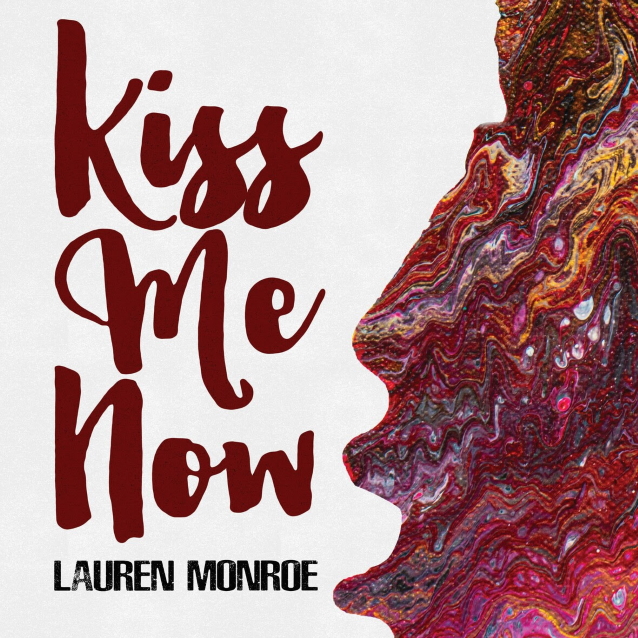