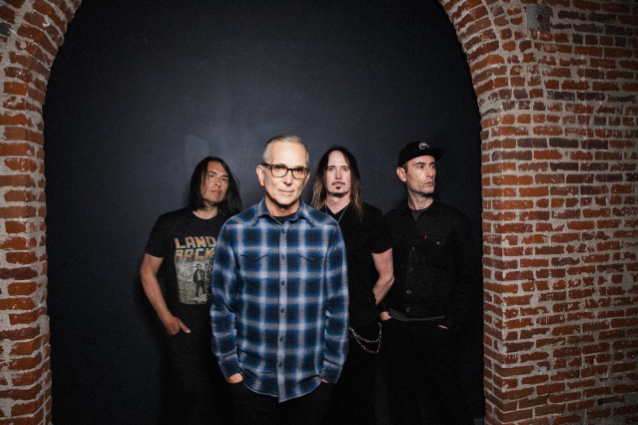 EVERCLEAR Announces 30th-Anniversary U.S. Tour With FASTBALL And THE NIXONS

EVERCLEAR, one of the leading alternative rock bands to emerge from the '90s, is celebrating 30 years as a band in 2022 and to mark this major milestone, the quartet — led by vocalist, guitarist and founder Art Alexakis — has announced a 25-plus date North American 30th-anniversary tour featuring special guests FASTBALL and THE NIXONS. The setlist for this year's tour dates will run the gamut of EVERCLEAR's career, including songs from their currently out-of-print full-length debut, 1993's "World Of Noise", which the band has announced will be remastered and made available for the first time on all digital music streaming platforms on Friday, June 10.

Officially kicking off Thursday, June 9 in Idaho, EVERCLEAR's celebratory outing will make stops throughout the summer in Denver, Waco, Memphis, Virginia Beach, Greenville, Baltimore, Nashville, Lexington, and Schenectady, among many other markets. See below for full list of upcoming tour dates. Bandsintown and artist pre-sales for the newly announced 30th-anniversary tour dates will begin Wednesday, April 6, with local presales available Thursday, April 7 and the public on-sale commencing Friday, April 8, all starting at 10 a.m. local time. Visit www.everclearmusic.com/tour for all details and to purchase tickets.

"Three decades as a band is quite the reason for celebration," exclaims Alexakis. "I'm almost 60 years old. I've got MS. I've been through the wringer, but I'm still here. The music's still here. EVERCLEAR is still here. EVERCLEAR is my band; it always has been. Its faces have changed, but the music stays the same. We've got a great band now, we're tight as hell, we all love and respect each other, and we just go out and put on the best show we can every night. I'm blessed that I get to do this for a living and am truly grateful for my life."

Of the 30th-anniversary tour, he adds: "We're gonna do a couple of songs off 'World Of Noise' for sure, and maybe even some hidden gems from back in the day that were B-sides. And, of course, we'll still play all the hits and fan favorites. It's going to be a really fun summer!"

Below is a special 30th-anniversary tour teaser video showcasing performance footage of the band's first No. 1 hit, and fan favorite, "Santa Monica" from the early days along with clips of them playing the song literally all over the world over the decades.

Since forming in 1992, EVERCLEAR has enjoyed a lengthy career by any measure, spanning 11 studio releases, including four that have been certified gold or platinum, selling over six million records, and achieving 12 Top 40 hit singles on Mainstream Rock, Alternative and Adult Top 40 radio, including "Santa Monica", "Father Of Mine", "I Will Buy You A New Life", "Wonderful" and "Everything To Everyone", as well as numerous videos, thousands of shows, and various other accolades, including a 1998 Grammy nomination. In recent years, Alexakis created and runs the annual "Summerland" tour, which features a package of popular '90s alt rock bands, and also released his first solo album, "Sun Songs", in 2019.

After the demise of his band COLORFINGER in 1992, Alexakis was struggling to make it in Portland, where he'd moved from San Francisco. That extremely difficult personal and creative period was the crucible that forged Alexakis into the fiery songwriter heard on the early EVERCLEAR demos, the "Nervous & Weird" EP (1993),and ultimately the "World Of Noise" LP, both released on the Portland independent label Tim/Kerr Records. The original 1993 release of "World Of Noise", paired with the band's significant efforts to break into college radio and the buzz they'd created within the Portland music scene, attracted the attention of major labels, including Capitol Records, which signed the group soon after. Beginning with their major-label debut, 1995's platinum-selling album "Sparkle And Fade", and its massive chart-topping hit "Santa Monica", EVERCLEAR was soon a household name and catapulted into the masses, thus allowing their impressive three-decade career to prosper and endure. 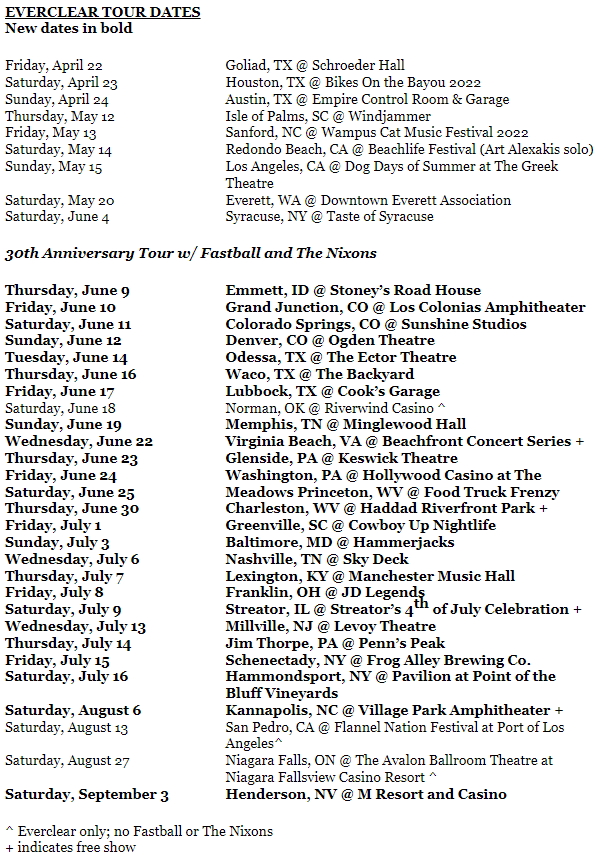 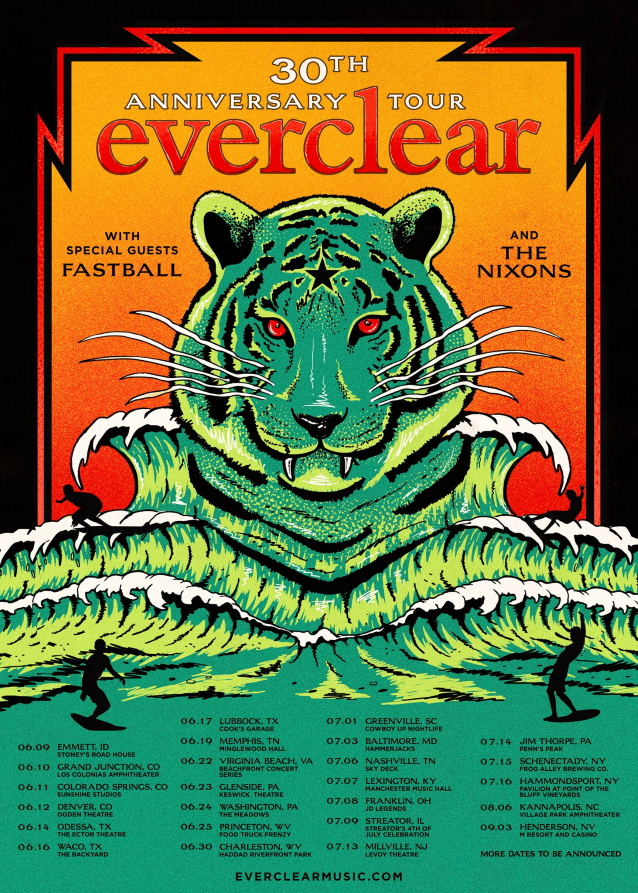