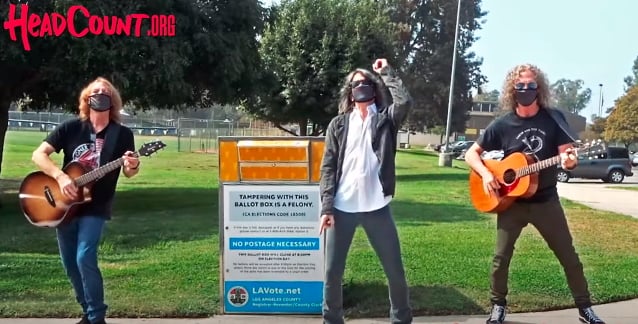 FOREIGNER Shares Election-Inspired Version Of 'Feels Like The First Time'

Legendary rock band FOREIGNER is inspiring first-time voters and fans to head to the polls with an election-inspired version of hit song "Feels Like The First Time", which dropped today on the band's social media channels. Filmed in partnership with HeadCount, a non-partisan organization that uses the power of music to register voters and promote participation in democracy, FOREIGNER's Kelly Hansen, Jeff Pilson and Bruce Watson recorded the video from ballot boxes across Los Angeles. HeadCount's mission is to inform and empower through importance of voting through music and culture into real action.