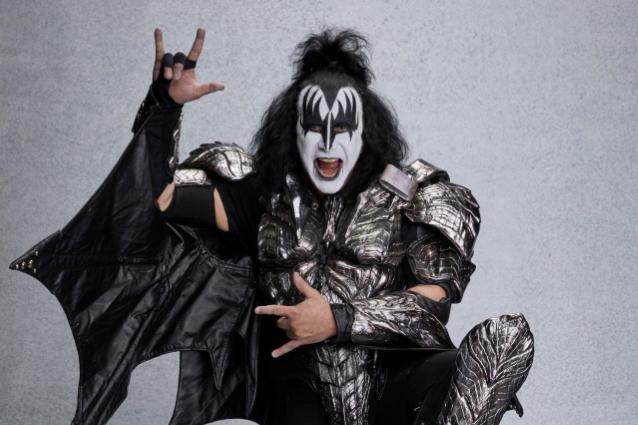 Gene Simmons spoke to U.K.'s The Sun about how he has managed to remain in a good enough physical shape to perform with KISS despite the fact that he will turn 72 in August.

"You can talk about hair creams and dick extension formulas and all that stuff, but there's no substitute for genes," he said.

"You can fill your body with garbage," he continued. "Put it into your car and see how far your car goes. I don't care if it's a Rolls-Royce, it's going to splutter and die. The more shit you put into your body the more you're going to be a walking pot of shit.

"I don't mean to say I don't love cake or pasta, or things like that, but crack is out of the question.

"Drugs don't work, booze don't work, cigarettes — all the people who think you look cool," Gene added. "You're fucking around with cancer. It just doesn't work."

Back in 2019, Gene said that "End Of The Road" was KISS's final tour because he and his bandmates were realistic about how much longer they could put on the type of physically grueling shows and tours that are at the core of KISS's mystique.

"By the time this three-year tour is done, I will be 73," he said. "If you have self-respect and believe in the integrity of the band and love your fans, get off the stage.

"I should have been born Keith Richards or the Edge or any number of other players in bands we all love and respect. But all they have to do is put on a pair of sneakers and a t-shirt, they don't even have to break a sweat. KISS are the hardest working band in show business. I wear dragon boots that are eight inches high, that will break your back, bitch; each boot weighs 8–10 pounds, then another 40 pounds of armour. Put Keith in my outfit and he's going to pass out in a half hour. Oh, and I forgot you have to spit fire, fly through the air and do it for two hours. You are about to see the 'hottest band in the world: KISS.' Those words have to mean something, or get off the fucking stage."