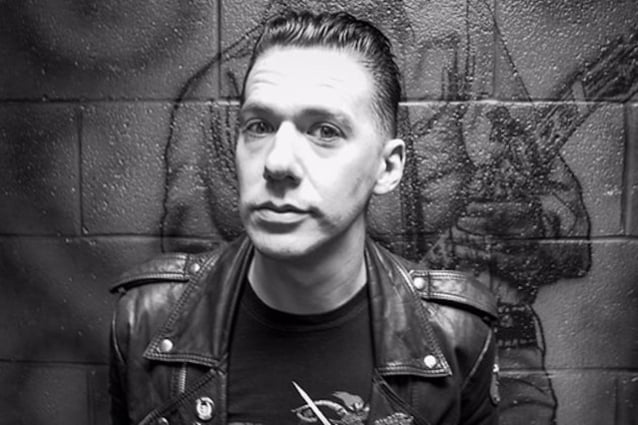 GHOST's TOBIAS FORGE: 'I'm Not As Fond Of The Idea Of Being Famous As I Thought I Was'

GHOST mastermind Tobias Forge has told the Los Angeles Daily News that he appreciates being able to maintain a sense of anonymity even after his true identity was revealed. He can still unleash his creative beast on stage and have a low-key existence when he's out of costume and character and taking his kids out for a meal.

"I am actually quite happy that I am personally not so well-known and that the band is far more known than I am," Forge, who fronts GHOST as a character known as Cardinal Copia, said. "Even though I'm just as much of an exhibitionist as any other rock person and I love being seen and being positively criticized, I have learned that I'm not as fond of the idea of being famous as I thought I was. I like that the band is famous and is doing well, but that I am not personally famous as opposed to someone like Bono. Everywhere he goes he will be Bono and he's expected to be Bono. If he goes into a restaurant, he's expected to preferably break into a speech about current world affairs and hopefully pick up the tab for everyone. I am very happy that I'm not expected to be anything like that dude on stage."

Forge revealed his identity last year while responding to a lawsuit filed by four former members of GHOST, who accused him of cheating them out of their rightful share of the profits from the group's album releases and world tours.

Since the musicians in GHOST wear masks and are only identified as Nameless Ghouls, personnel changes in the group over its eight-year existence have gone unannounced.

GHOST recently kicked off a massive North American fall tour, which will wrap on December 15 in Brooklyn, New York.

GHOST's latest album, "Prequelle", debuted at No. 3 on the Billboard 200 and features the chart-topping rock single "Rats".