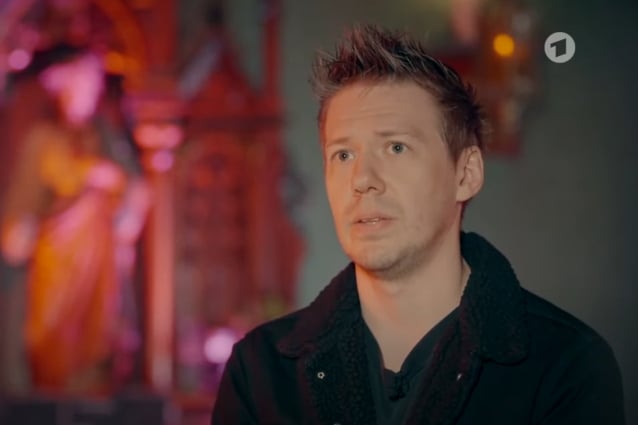 On May 8, the German cultural program "Titel, Thesen, Temperamente" on ARD, the country's first public television channel, aired an eight-minute segment on GHOST mastermind Tobias Forge, including an interview with the 41-year-old Swedish musician. You can now watch the report below. (For English-language subtitles, turn closed captions on by hovering your mouse cursor over the playback area to reveal the video controls. Click the CC button to turn closed captions on.)