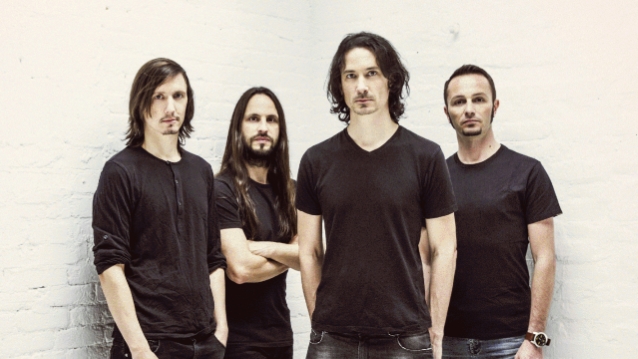 GOJIRA Cancels All 2020 Shows Due To Coronavirus Pandemic

GOJIRA has canceled all of its previously announced 2020 concerts due to the coronavirus pandemic sweeping the globe.

The French progressive metallers announced the cancelation in a social media post earlier today. They wrote: "Since the emergence of the Covid-19 and subsequent pandemic, we unfortunately are forced to cancel GOJIRA shows, including headline dates, for the year of 2020.

"We are diligently working on a touring schedule for next year, 2021. Although we are not in the position to confirm any shows for this new period at this time, we do hope to have more news for you all in the coming weeks. We are sensitive to the fact that the pandemic has caused hardships for many of you, this is why we decided to cancel our headline shows so you all can receive refunds now.

"Please contact your original point of purchase for refund information. We can no [sic] wait to get back out on the road to play for you all, but until then, please stay safe and be kind to one another!"

GOJIRA was supposued to support DEFTONES on a summer 2020 North American tour. The Live Nation-produced 20-date trek with POPPY was scheduled to kick off on July 27 and conclude on September 5.

A year ago, GOJIRA drummer Mario Duplantier told the Idaho rock radio station KBear 101 that the band was continuing to work on the follow-up to 2016's "Magma" album. "It's going well," he said. "I cannot give too much details because we still have to be on the same page with all the partners, and we have to give a collective [release] date and et cetera. But I can tell you that, yeah, we are working very hard on the new stuff. Work is in progress, and we are very, very, very happy and super proud of it. We just can't wait to give you more details."

Back in August 2018, GOJIRA frontman Joseph "Joe" Duplantier told Metal Injection that the band started to work on new music almost three years ago. "Usually we write 12 songs and record 12 songs and release 12 songs," he said. "Now it looks like we're going to write 100 songs. It's a different approach and it's fun. We have new desires and a new way of doing things. I like to think it's going to be awesome. I feel it's going to be really exciting, for us at least. I don't know what people are going to think."