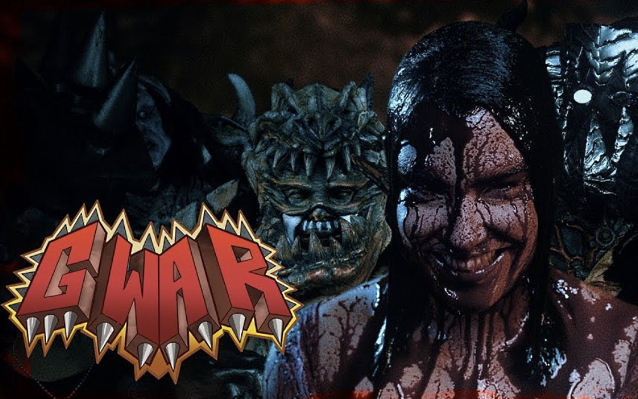 GWAR has released the official MyGoodEye-directed music video for the song "The Cutter". The track, which is described in a press release as "a heavy metal burner", features a special guest appearance by HALESTORM singer Lzzy Hale.

GWAR vocalist Blöthar The Berserker comments: "Lzzy Hale is wonderfully talented. Few realize she is also an undercover Scumdog who came to Earth with the rest of GWAR eons ago under her true name Clitaurus Maximus of the Maximus clan. We are delighted to have her voice and image on this work of absolute genius."

Lzzy added: "I, Clitaurus Maximus the She Bull… hereby declare 'The Cutter' as my FIRST feature in a MOTHERFUCKING GWAR SONG! Thank you so much to these interplanetary warriors for the much-appreciated bloodletting, and for giving this lil' beast the opportunity to rear her three ugly heads!"

"The Cutter" is taken from GWAR's latest album, "The New Dark Ages", which was released on June 3 on CD/digital and on vinyl and cassette on September 16 via GWAR's own Pit Records.

The album concept is tied to a companion graphic novel "GWAR In The Duoverse Of Absurdity", which was also released on June 3 by Z2 Comics. In the graphic novel, the bandmembers are sucked off into an alternate universe to do battle with their evil twins and the specter of rogue technology.