A PERFECT CIRCLE has released a brand new song called "Disillusioned", the second track to be heard from the band's upcoming album.

Back in October, A PERFECT CIRCLE released another song called "The Doomed". The official music video for the track was directed by Jeremy Danger and Travis Shinn.

"Disillusioned" stands in stark contrast to "The Doomed", which felt "apocalyptic" (Rolling Stone) and the track's video was "eerie" and "intense" (Revolver). "Disillusioned" strikes a more optimistic tone, urging listeners to connect with each other once again.

"'The Doomed' was a rude wake-up call… apologies if you were sleeping peacefully," said guitarist Billy Howerdel of the tone of the bombastic song. "'Disillusioned' comes from a place of overcoming the slide into the numb. It speaks to reconnection and a fresh start to a new year."

Addressing the musicality of the song, which echoes the sentiment of unity, singer Maynard James Keenan said: "Attempting new approaches to composing can be intimidating. Especially with an established project with such a recognizable sound. But sometimes you just gotta take the first swing. Only way to grow."

You can now pre-order a limited-edition dual-groove 10-inch vinyl with the new songs "The Doomed" and "Disillusioned". Included is an instant digital download of both songs. The 10-inch vinyl will be released on March 9. The estimated delivery date is March 9 for U.S. orders. International delivery times will vary (will not arrive on release date). If you order multiple items, your order will remain on hold until everything is in stock.

Back in April 2016, A PERFECT CIRCLE debuted a different new song, "Hourglass", at a concert in St. Louis.

Howerdel told Razor 94.7 about A PERFECT CIRCLE's songwriting process: "Typically, I'll start an idea at home, kind of in isolation, and just kind of work on it until I don't hate it anymore. And then send it over to Maynard, see if he finds anything compelling about it. He'll kind of say 'yay' or 'nay' and find something he latches on to. And he'll throw down a scat vocal — syllables and a vocal melody idea, and it helps me move the song forward from there. And then if it's enough, then he starts working on lyrics, so he does all the lyrics and melodies and orchestrates the backups and all that. And then I concentrate on making the music. So that's kind of the back-and-forth conversation that we have musically."

Howerdel, who helmed all of A PERFECT CIRCLE's previous albums, explained his decision to enlist an outside producer for the new disc. "I wanted to bring a producer on in this record, just to take the musician's role more than the engineer-slash-producer-slash, you know, looking at budgets and the whole thing," he said. "And it let me, I think, hone in and see a twenty-thousand-foot view of these songs in a way that I've not been able to do in the past."

Howerdel is excited for fans to hear A PERFECT CIRCLE's next disc, telling Razor 94.7: "I've said this before, so I'm being a little redundant: I can talk you out of anything, really, and I can talk you out of listening to our music or anything I've ever done, but I would say this record is some of the best songs we've ever done, and certainly some of the favorite things I've ever heard Maynard sing." 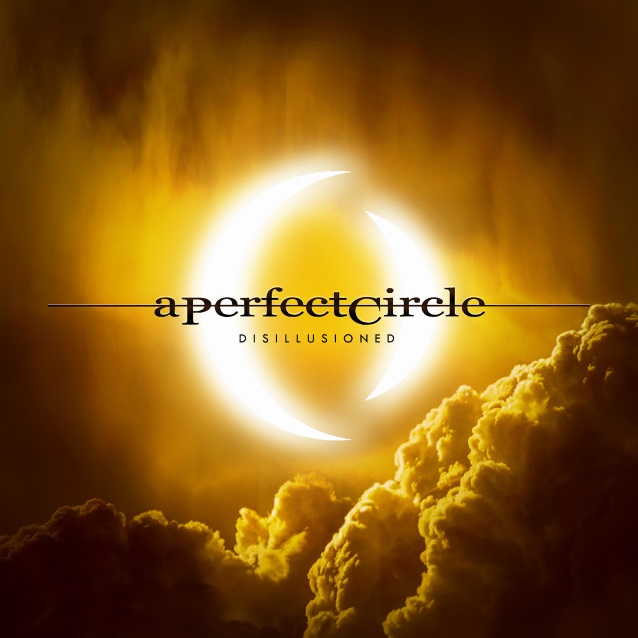