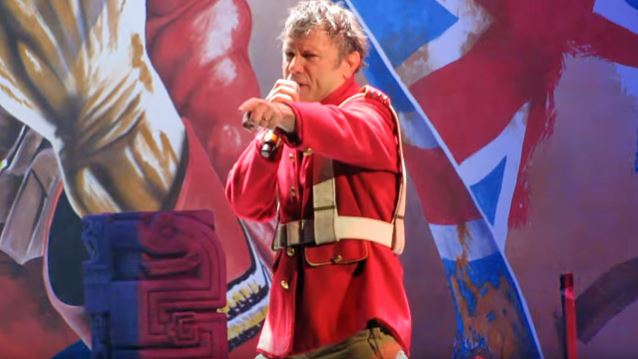 According to the Polish IRON MAIDEN fan club SanktuariuM, MAIDEN did not alter "The Book Of Souls" setlist for the Beijing show, although several minor changes in the performance were made — presumably at the reqest of China's Ministry of Culture, which had to approve all of the band's lyrics prior to MAIDEN's Chinese dates being confirmed.

* There were no pyrotechnics used during the show.
* During the performance of "The Trooper", IRON MAIDEN singer Bruce Dickinson did not wave a Union Jack flag, but, as can be seen in the video below, he still sported the red coat uniform worn by troops during the battle which inspired the song and waved an "invisible" flag while singing the track. In addition, the Union Jack flag was still prominently displayed on the backdrop during MAIDEN's performance of the song.
* Bruce changed the lyrics to the chorus of the song "Powerslave" from "Tell me why I had to be a Powerslave" to "Tell me why I had to be a Wicker Man."
* IRON MAIDEN was not allowed to throw stuff (wristbands, drum heads, etc.) into the crowd during the concert.
* Bruce didn't swear and had to be careful not to use the "F" word.

IRON MAIDEN will play a second show in China on April 26 at the Shanghai Mercedes-Benz Arena.

THE ROLLING STONES were censored in their China debut in 2006, most likely for their songs' suggestive lyrics. "Brown Sugar", "Honky Tonk Woman", "Beast Of Burden" and "Let's Spend The Night Together" were banned from the concert.

According to The Wall Street Journal, "authorities [in China] require entertainment companies to jump through hoops, submitting minute details of their show, including setlists. The process reflects the control held by China's censors, who try to prevent incidents like one in 2008, in which Icelandic singer Bjork sang at a Shanghai concert about the ever-politically sensitive issue of Tibetan freedom." Speaking about her comments at the time, a spokesperson for the ministry of culture in China stated: "[Her] political show not only broke Chinese laws and regulations and hurt the feeling of Chinese people but also went against the professional code of an artist." 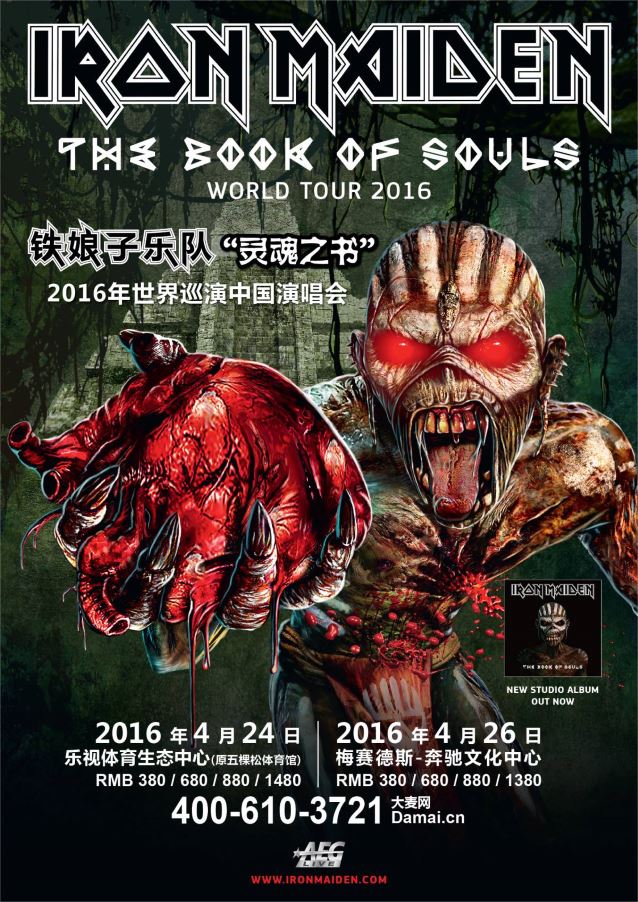