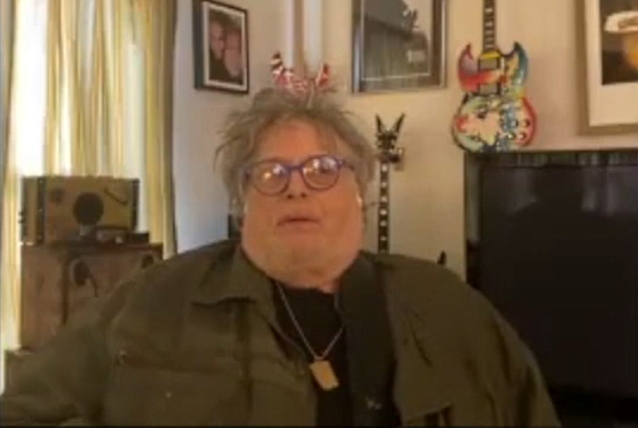 Rock 'N' Roll Fantasy Camp has uploaded a video interview with Leslie West, the legendary guitarist, vocalist and original founding member of MOUNTAIN, which was recorded less than four months ago — on September 3, 2020 — as part of the Camp's "Labor Day Open House Party." The chat, which was conducted by Brittany Denaro, better known as Britt Lightning, the host and co-producer of the Rock' N' Roll Fantasy Camp Masterclasses, and the current lead guitarist in VIXEN, can be seen below.

West died Wednesday (December 23) at the age of 75. The iconic guitarist, vocalist, songwriter and storyteller suffered cardiac arrest at his home near Daytona, Florida on Monday (December 21) and was rushed to a hospital, where he never regained consciousness.