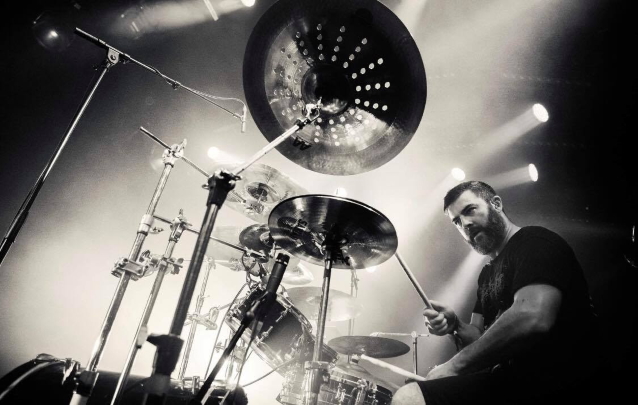 Bassist Shane Embury comments: "We are extremely thrilled to welcome Adam into the ranks of LOCK UP. I have known Adam for a few years now and we just recently finished a European tour together — a super-nice guy and killer skinbeater...

"LOCK UP has always been a rollercoaster of a ride since its inception way back in 1998, but Adam joining us now in these chaotic times, I believe, is surely going to refuel this seasoned grind machine... Play fast or die!!!"

Jarvis states: "I'm honored to be included in this killer lineup of incredibly talented musicians. I've had the pleasure of knowing these amazing dudes for over ten years and can't wait to collaborate on some vicious new tunes. I have the utmost respect for Nick Barker and it won't be easy to fill his shoes, but I'm up for the challenge. GRIND!!!"

"Demonization" was the first LOCK UP album to feature "vokillist" Kevin Sharp, who replaced Tomas Lindberg (AT THE GATES) in 2014.

Find more on Lock up