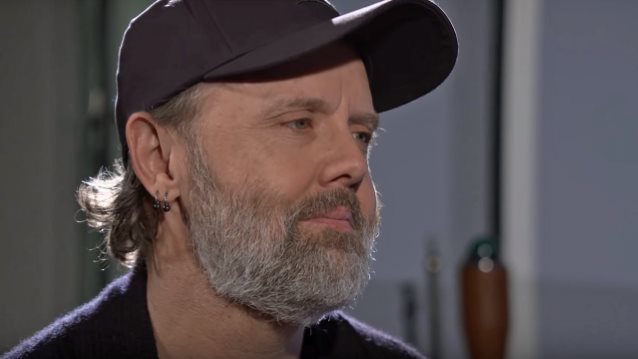 METALLICA's LARS ULRICH: Why I Don't Have Any Tattoos

11Alive conducted an interview with METALLICA drummer Lars Ulrich prior to the band's July 9 concert at SunTrust Park in Atlanta, Georgia. You can now watch the chat below.

Asked why he chose not to have any tattoos, Ulrich said: "I never really thought about why I haven't. It's just the idea of somebody sticking needles in me, leaving permanent ink spots on me just seems… It's sort of like… I don't know… Why don't you eat coal? Or why don't you jump off the top of the Empire State Building? It just doesn't seem like within the range of what I would call normal behavior. But no disrespect, of course, to all people that have tattoos, but it's just not for me." Ulrich paused and then corrected himself: "I'll take the 'normal behavior' part out of that. I'm sorry. I didn't mean to be offensive. But tattoos are not for me."

METALLICA has just resumed its first North American tour in more than seven years. The trek marks the first time that METALLICA has offered "enhanced" or "VIP" experiences for fans, with some willing to cough up as much as $2,500 for personal meetings, photos and autographs from the group.