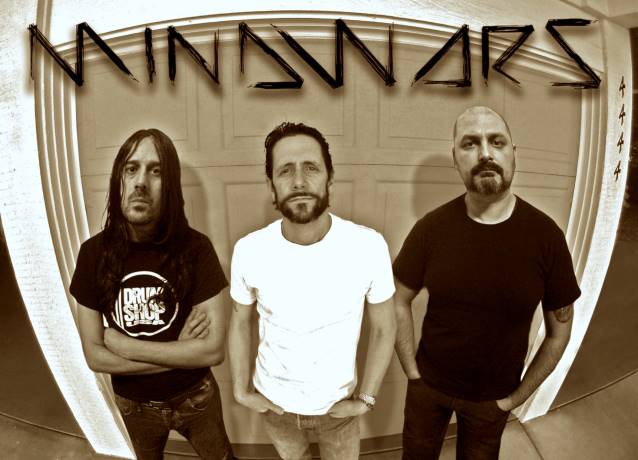 The second in a series of video blogs featuring footage from the recording sessions for the debut album from MINDWARS can be seen below.

MINDWARS was formed when Roby Vitari (drums; formerly of JESTER BEAST) contacted Mike Alvord (guitar/vocals; formerly of HOLY TERROR) about putting together a project in the vein of classic speed/thrash metal and NWOBHM.

Since leaving HOLY TERROR in 1989, Mike has been absent from the music scene with the exception of helping prepare the HOLY TERROR compilation "El Revengo". However, his love of bands like MOTÖRHEAD, BLACK SABBATH, ANGEL WITCH, IRON MAIDEN and SLAYER never left him as he continued writing material in this vein. Roby's idea interested Mike and the two began sharing material through the Internet. Pleased with the results, they decided to launch a band. They settled on the name MINDWARS and solicited the efforts of Danny Z on bass to round out this power trio.