MOTÖRHEAD's first-ever cruise, the MotörBoat, will launch this fall. It will sail from Miami, Florida to Key West and Cozumel.

Cruise dates, artist lineup and other details will be announced soon.

MOTÖRHEAD was recently forced to cancel its European tour due to the fact the band's frontman, Lemmy Kilmister, has been struggling with health issues since he suffered a hematoma in July 2013, leading to a three-week spell in hospital. The band called off a summer tour, then cut short their comeback show at the Wacken Open Air festival in Germany. They then postponed a European tour set to begin in November.

MOTÖRHEAD's 21st studio album, "Aftershock", sold 11,000 copies in the United States in its first week of release to debut at position No. 22 on The Billboard 200 chart.

"Aftershock" was recorded at NRG Studios in North Hollywood, California. 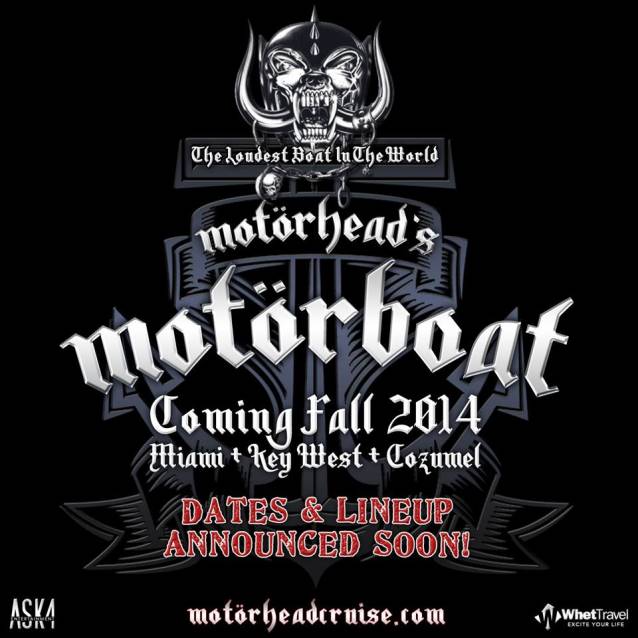