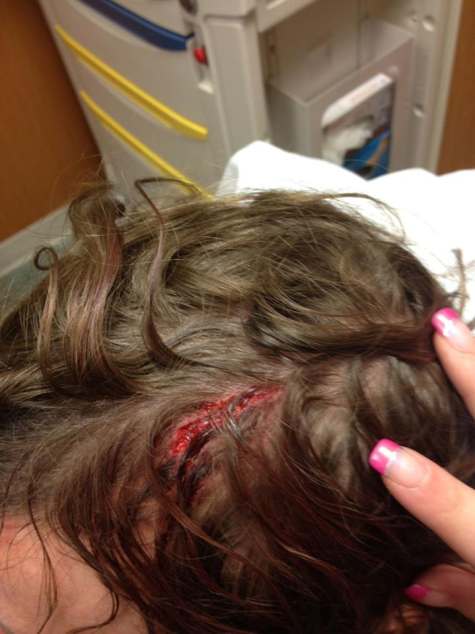 OPETH Frontman: 'I Was Not In A Car Crash And I Haven't Broken My Arm'

Swedish progressive metallers OPETH were forced to cancel their performance last night (Monday, May 7) at The Myth in Maplewood, Minnesota after the band's guitarist/vocalist Mikael Åkerfeldt was rushed to the hospital to receive treatment for a cut on his head.

"Hi guys! I'm writing from beyond the grave.

"Seriously, I was not in a car crash and I haven't broken my arm. All that happened is I hit my head in MASTODON's tour bus as I was getting a new pair of (red) underwear out from my suitcase.

"Wish the story was more rock and roll, believe me.

"Anyways, I split my head open down to the skullbone and had to be taken to the emergency. They gave me a bunch of shots in the wound, cleaned me up and stapled my head shut with 8 metal staples. Head is sore and if I smile it feels like the wound is gonna burst open again, but I'll be on stage by tomorrow again.

"I feel extremely disappointed that we couldn't play at The Myth in Minneapolis, but paramedics told me I couldn't. We will reschedule the show for our next trip to the USA. So all rumors of me being in a car crash are false. I did crash my head into a car, though, well... a bus, really.

"Sorry for disappointing our fans in Minneapolis but I hope you understand. See you next time."

A photo of Mikael's "wound" can be seen below.