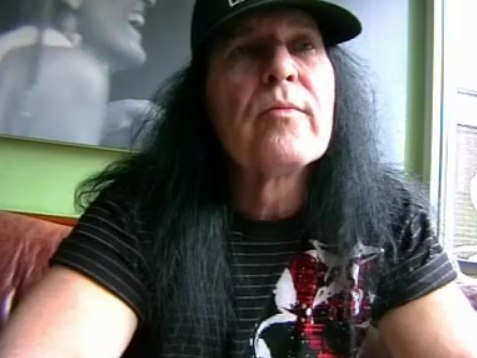 According to Undercover, original AC/DC singer Dave Evans claims that he was dropped from the "Long Live Bon Scott" series of tribute concerts because of pressure from the the family of late AC/DC frontman Bon Scott.

Evans was a member of AC/DC from the band's inception in 1973 until 1974. Following his departure from AC/DC, Dave Evans formed the wild hedonistic rock band RABBIT, Melbourne '80s rock outfit DAVE EVANS AND THUNDER DOWN UNDER, and lastly DAVE EVANS AND HOT COCKEREL. Dave Evans has also toured as a solo act, and in 2008 released "Judgement Day" through MGM.

"To me it is an insult," Dave tells Undercover. "Bon would be rolling in his grave."

He adds, "I never had a problem with Bon. He had an opportunity to take my place and become the singer for AC/DC. I would have done the same thing."

"Bon was a rock and roller and as hard as me. I left home when I was 16 and was knocking about the Cross. He was quite a few years older than me but we grew up tough and did the hard knocks. My relationship with Bon has nothing to do with this. I have always showed great respect to Bon and the fans will attest to that. My fans are up in arms about this."