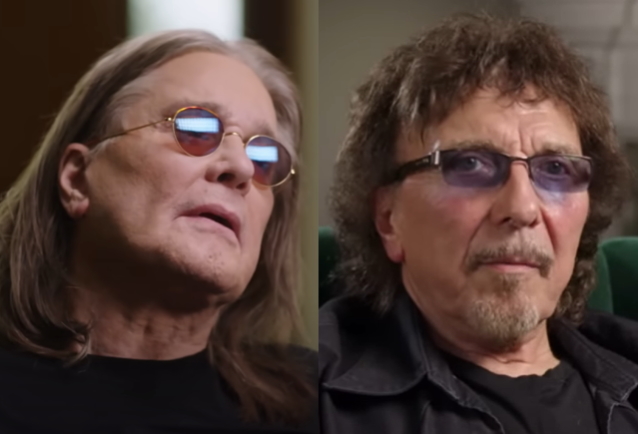 Following the release of "Patient Number 9", Ozzy Osbourne is providing an inside look into the making of the album with a three-part video series featuring interviews and in-studio clips with some of featured performers. The series includes exclusive interviews with Ozzy and the album's producer Andrew Watt. Sharon Osbourne, Tony Iommi (BLACK SABBATH),Ozzy's longtime guitarist Zakk Wylde, Robert Trujillo (METALLICA),Chad Smith (RED HOT CHILI PEPPERS),Duff McKagan (GUNS N' ROSES) and Mike McCready (PEARL JAM) also offer insight into the making of the album. The series was created and produced by Jack Osbourne with interviews conducted by renowned British journalist Phil Alexander. Watch the second part, "The Sabbath Connection", below.

Released September 9 and marking Ozzy's 13th solo studio album, "Patient Number 9" triumphantly sets new career highs for Ozzy. In the U.S., the album debuted at No. 1 on multiple charts: Top Album Sales (Ozzy's first No. 1 ever on this chart),Top Current Album Sales (another first),Top Rock & Alternative Albums, Top Rock Albums, Top Hard Rock Albums, Top Vinyl Albums and Tastemaker Albums charts; and at #3 on the Billboard Top 200 albums chart. Globally, the album charted at No. 1 in Canada (Ozzy's first-ever No. 1 there); career-high No. 2 entries in the U.K., Australia, Finland and Italy; No. 6 in the Netherlands and New Zealand; No. 8 in Belgium; and No. 14 France. Other highlights include No. 2 Austria, Germany and Sweden; No. 3 in Switzerland; and No. 4 in Norway.

Produced by Watt (who handled the same duties on 2020's "Ordinary Man") and released on Epic, "Patient Number 9" boasts guitarists Jeff Beck, Eric Clapton, Mike McCready of PEARL JAM, and longstanding righthand man and six-string beast Zakk Wylde who plays on the majority of the tracks. For the bulk of the album, Chad Smith held down drums, while the late Taylor Hawkins of FOO FIGHTERS made an appearance. Old friend and one-time Ozzy bandmember Robert Trujillo plays bass on most of the album's tracks, with Duff McKagan of GUNS N' ROSES and Chris Chaney of JANE'S ADDICTION supplying bass on a few songs. For the first time ever, BLACK SABBATH co-founder, guitarist and riff lord Tony Iommi appears on an Ozzy solo album.