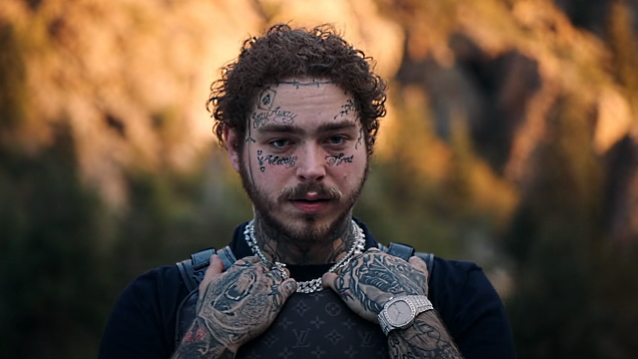 Watch the teaser below.

Friday's livestream event will raise funds for the United Nations Foundation's COVID-19 Solidarity Response Fund for the World Health Organization (WHO) in support of COVID-19 relief efforts. Fans will be able to make donations to the UN Foundation in real time during the livestream event by using the "DONATE" button on the top right-hand side of the screen. Google will be matching all donations at a 2:1 rate, up to $5 million, with all proceeds going to the UN Foundation.

Post Malone is a die-hard NIRVANA fan, who has previously covered "All Apologies" in concert. He also sports a couple of NIRVANA-inspired tattoos: a portrait of Kurt Cobain on one of his knuckles, and the words "Stay Away" tattooed on his forehead as a nod to the NIRVANA song of the same name.