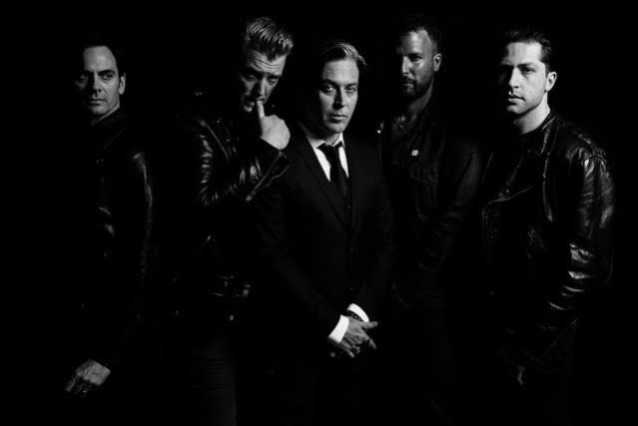 QUEENS OF THE STONE AGE To Reissue Three Classic Albums

More than a quarter century since its primal emergence from the Desert, QUEENS OF THE STONE AGE has elected to give three of its landmark albums the upscale re-release treatment, including limited edition color vinyl pressings, exclusive new and restored artwork, and more.

First up is the one that started it all: Back in print after a long, long decade, QUEENS OF THE STONE AGE's self-titled 1998 debut album will be resurrected digitally September 22, with a vinyl release date of October 21. Restored to its original track listing and adorned by the long out-of-print original Frank Kozik artwork, the soon-to-be-definitive version of QOTSA's self-titled ground zero will feature an obi-strip designed by longtime collaborator Boneface and will be available on standard black and limited edition opaque orange vinyl — both available direct from QUEENS OF THE STONE AGE, Matador Records, and at discerning independent retailers.

Following on December 9 will be a double shot of QUEENS OF THE STONE AGE's most recent efforts: 2013's multiple-Grammy-nominated, Billboard 200 No. 1-charting magnum opus "…Like Clockwork" and 2017's redefining "Villains" will both be reincarnated: "…Like Clockwork" returns newly recut from its original master tapes with alternate artwork and obi-strip from Boneface with a limited opaque aqua vinyl pressing available direct from QUEENS OF THE STONE AGE, Matador Records, and at finer independent retailers. "Villains" is reissued in a special fifth-anniversary package featuring etching, obi-strip, and a brand new poster by Boneface, and as on limited edition leaf-green transparent vinyl available exclusively via QUEENS OF THE STONE AGE and/or Matador Records.

Pre-order any/all of the above at the official store.

"Villains" was helmed by Grammy-winning producer, DJ and artist Mark Ronson, who has previously worked with Amy Winehouse, Paul McCartney, Lady Gaga, DURAN DURAN and Adele, among others. The album debuted at No. 1 in the U.K., Australia, Canada, the Netherlands, New Zealand, Switzerland and Portugal, No. 2 in Germany, Austria, Belgium, Finland, Norway and Ireland, No. 3 on the Billboard 200 and No. 1 on the U.S. album chart, No. 4 on Japan's international chart and No. 5 in Italy — easily the single biggest global sales week of the QUEENS' seven-album stretch. "Villains"' first seven days in existence also saw nearly 100,000 vinyl albums moved worldwide, as the record became the No. 1-selling vinyl LP in the U.K., U.S. and Germany. "Villains" also took the U.S. No. 1 spots on the Alternative, Hard, Rock, Internet and Independent Label Album charts and No. 2 on the Digital Album sales chart.

Announcing limited edition vinyl reissues of "Queens of the Stone Age," "...Like Clockwork" and "Villains." Available for pre-order now. https://t.co/2YSL1k8bVEpic.twitter.com/xA4UXQuAQD 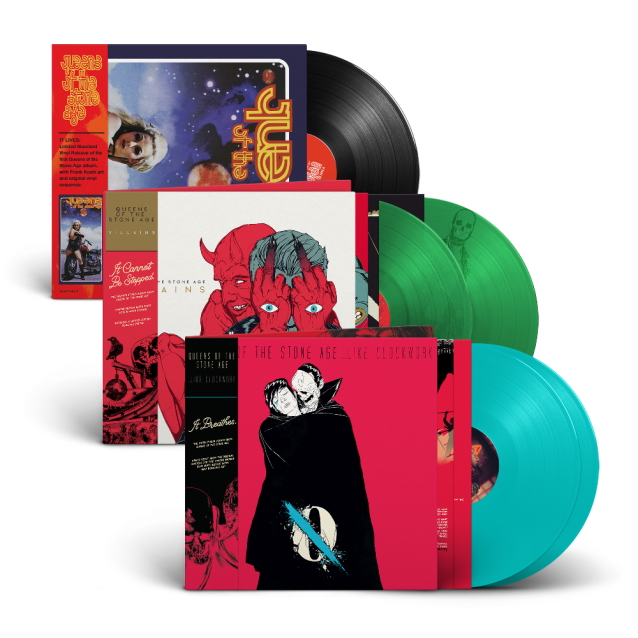