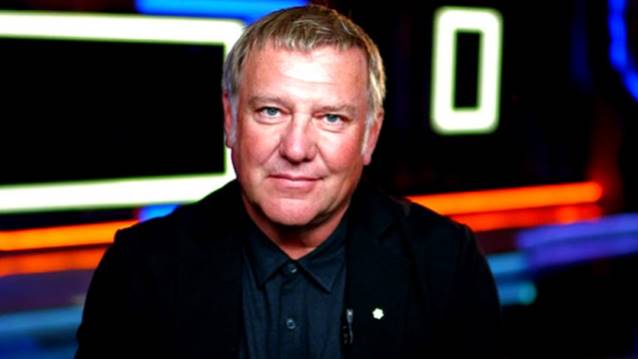 RUSH's ALEX LIFESON: If This Is The Last Major Tour That We Do, I Want To Go Out With Flying Colors

RUSH guitarist Alex Lifeson says that he has "mixed feelings" about the band's upcoming "R40 Live" tour, which will likely be RUSH's last trek of such significant magnitude.

Celebrating 40 years, RUSH confirmed in January that "R40 Live" will visit 34 cities throughout North America this summer beginning May 8 in Tulsa, Oklahoma and finishing August 1 in Los Angeles, California.

Asked how he is feeling about the idea of retiring from the road, Lifeson told The Canadian Press: "I have such mixed feelings about it. In one way, I feel relief. I think that 40 years is a long time to be touring the way we tour. I really like being home with my grandkids. At 61, I don't feel there's anything we need to prove."

RUSH frontman Geddy Lee admitted in a recent interview: "It's clear we are at a point in our career that we have to slow down, and slow down dramatically." However, he expressed hope that the band could continue to record and tour with a less hectic schedule.