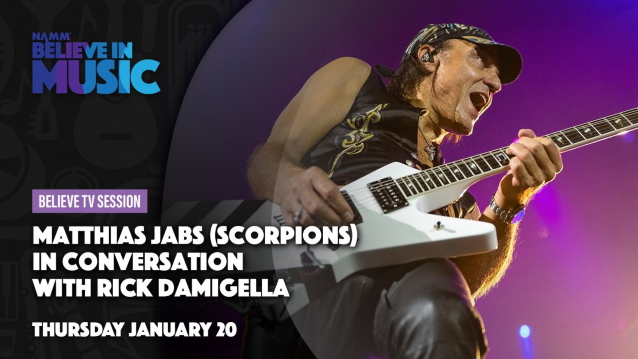 SCORPIONS guitarist Matthias Jabs will take part in an online chat during NAMM's Believe In Music event later this month. The 66-year-old German musician will be interviewed by journalist Rick Damigella on Thursday, January 20 beginning at 2:30 p.m. PT.

This year's Believe In Music virtual event is open to the public and registration is free at attend.believeinmusic.tv.

Believe In Music is being hosted by NAMM president and CEO Joe Lamond and Pensado's Place co-founder Herb Trawick and will include livestreamed music, interviews and entertainment from artists in a wide variety of genres, interactive brand pages to connect buyers and sellers directly for networking and multiple live and on-demand music education seminars. Seminar topics include music and social justice, music and wellness, live event production, studio production and music business tips on how to strategically grow a retail business or brand.