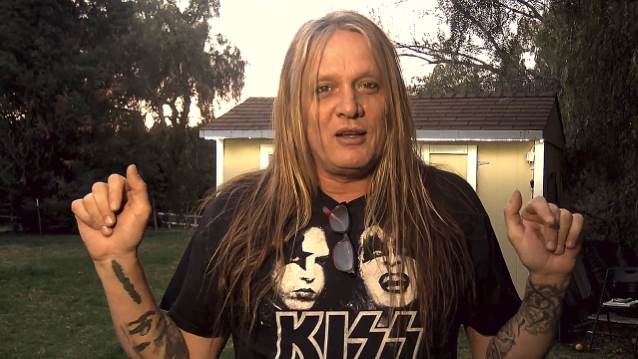 SEBASTIAN BACH: 'Keeping Up With The Sebastians' Episode 4

Former SKID ROW frontman Sebastian Bach has uploaded episode four of his "Keeping Up With The Sebastians" YouTube series.

Says Bach: "In this episode, we go from rehearsal in the hut all the way to Orlando, Florida, mothertruckers!"

Bach recently began "cutting demos" for one of the tunes for his next studio album. According to the singer, the song was written by former MARILYN MANSON and current ROB ZOMBIE guitarist John 5, "and it rips."

Sebastian previously stated that "the mission" of his next record "is to capture a cool vibe, and I think that really involves live drummers playing — not just a drum machine, which seems to be too pervasive today in music." He added that the album would "be more uplifting and fun."