Christian rockers STRYPER have released the official music video for their latest single, "Same Old Story". The song will appear on their upcoming studio album "The Final Battle", which is due on October 21 via Frontiers Music Srl. The follow-up to 2020's "Even The Devil Believes" was produced by guitarist/vocalist Michael Sweet and was once again recorded at SpiritHouse Recording Studios in Northampton, Massachusetts.

In a recent interview with "The Chuck Shute Podcast", Sweet discussed the inspiration for the title and artwork for "The Final Battle". He said: "The story behind the title and the artwork is the battle of Armageddon, which is ultimately the final battle, biblically speaking. And that's really what we're referring to, for the most part."

Asked if he thinks the battle of Armageddon — which refers to the final war between human governments and God, ultimately bringing human rulership to an end — is something that "coming soon," Sweet said: "Well, I'll tell you, man, if you say that in today's world, boy, you are labeled an instant loon — you're a loon, you're crazy and you need to be committed and you're out of your mind. But yet at the same time, when you go through the Bible, if you were to really dive deep into the Bible and have someone explain the theory of it to you and the stories that are behind the stories — so someone really smart, who isn't me — they could explain to you stuff that would make your chin hit the floor. And all the stuff that the Bible predicted that has already taken place, and really the only thing left is God's return and what follows after that, one of those things being the battle of Armageddon.

"People can laugh and sneer and think Christians are crazy, and that's fine," Michael continued. "I believe in the Bible, I believe what it says, and I think those times are coming. I think we're living in those times — absolutely, for sure. We live in a very interesting world, and I think everyone could at least agree on that — that times have changed dramatically in the past two years."

When asked by host Chuck Shute to clarify whether he truly believes we are "on the cusp" of the battle of Armageddon, Michael said: "Yeah, I do. Those people out there who watch this moment, when I say 'yeah,' who roll their eyes and think I'm crazy, that's fine. You guys can go ahead and keep thinking people like myself are crazy. The only thing I can say to that is when that day comes and it's reality, obviously everyone will know that those who believed weren't crazy, and then at that point it'll be too late for the people who thought those people were crazy."

When Shute noted that the people who are labeled "crazy" are the ones who claim that they know the exact date and circumstances leading up to the big apocalypse, Michael said: "And the Bible is very clear about that too: 'No man will know the hour.' No man knows the hour. You can't sit and [say], 'Okay, according to this timeline, yeah, He's coming on this day.' And that's what people try to do. You can't.

"I think we're definitely living in the end times, but that could be short, that could be relatively soon, in the very near future, or that could be in a relatively distant future," Sweet explained. "I don't think it's gonna be hundreds of thousands of years from now, but I think that it's coming and our time is marked. And look, we may get hit by a giant comet before God comes back. Who knows?

"I think sometimes we think we're invincible — nothing can hurt us — and, obviously, COVID kind of taught us a lesson on that, didn't it?" Michael added ."We are not invincible and anything can happen at any given time unexpectedly that leaves us in awe, saying, 'Oh my gosh. I had no idea. I never even imagined that ever happening.' And it can and will happen. It's just a matter of time." 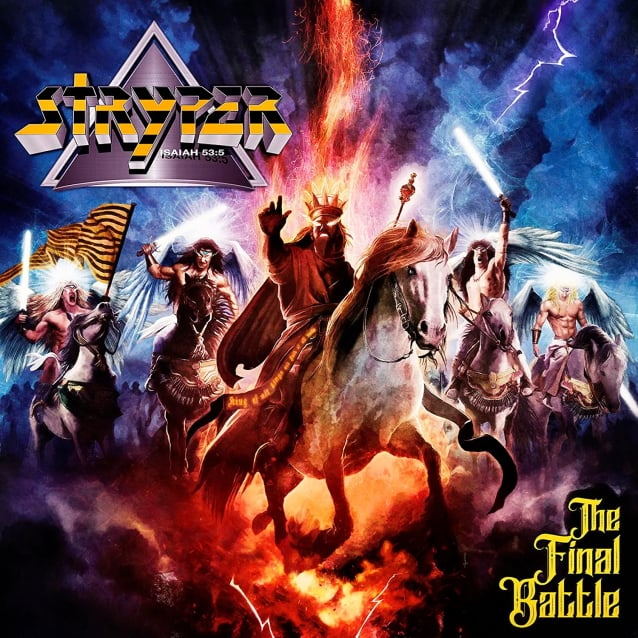