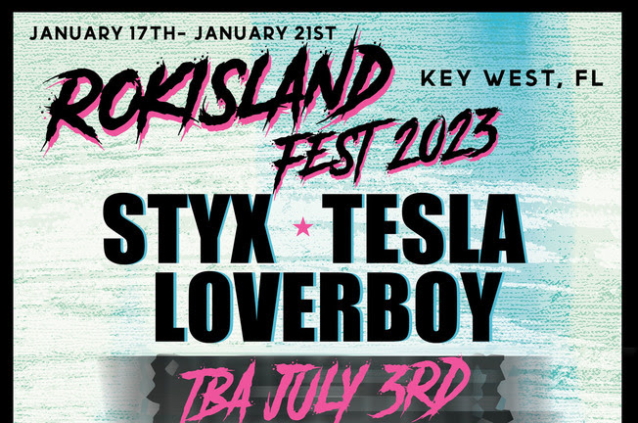 RokIsland Fest 2023 is set to return to the island of Key West, Florida, January 17-21. Hosted by radio and television personality Eddie Trunk, the second annual music festival has added an additional day of music to its schedule that will feature a raucous lineup of legendary hitmakers and hard rock icons including STYX, TESLA, LOVERBOY, 38 SPECIAL, QUEENSRŸCHE, EXTREME, Stephen Pearcy (the voice of RATT),STRYPER, Steven Adler (former GUNS N' ROSES drummer),QUIET RIOT and ENUFF Z'NUFF, along with another major headliner to be announced on July 3. RokIsland Fest 2023 is brought to you by the Monroe County Tourist Development Council.

With most of the RokIsland Fest performances taking place at The Truman Waterfront Park Amphitheater, the boutique venue provides an intimate performance atmosphere unique to other rock festivals around the world. In addition to five days of propulsive, high-energy live shows along the Gulf waters of Key West, festival attendees will also have unparalleled access to world-class hotels, local fare from renowned restaurants and endless options for recreational excursions and activities (sailing, scuba diving, snorkeling, deep sea fishing, etc.) — a true rock and roll experience in a destination paradise.

"The inaugural RokIsland Fest in early 2022 brought some of the biggest rock bands on the planet to the island of Key West for four days of epic performances and tropical bliss," says Dave Giencke, co-founder of RokIsland Fest Key West. "After the overwhelming response from the artists and attendees who came in from all over the country and across the pond, we decided to add another day to RokIsland Fest 2023 with a lineup as equally stacked as year one. I'm fairly certain we’ve once again created the premier destination experience for rock fans around the world."

Packages and passes will go on sale Wednesday, July 6 at 10 a.m. EST. Full experience packages allow RokIsland Fest's incredible concierge team to book a specially curated experience based on the personal interests of attendees including a five-day festival pass, lodging, a sunset sail with live music on a 60-foot catamaran, exclusive discounts and much more. The pass-only option includes access to all festival performances (does not include lodging). 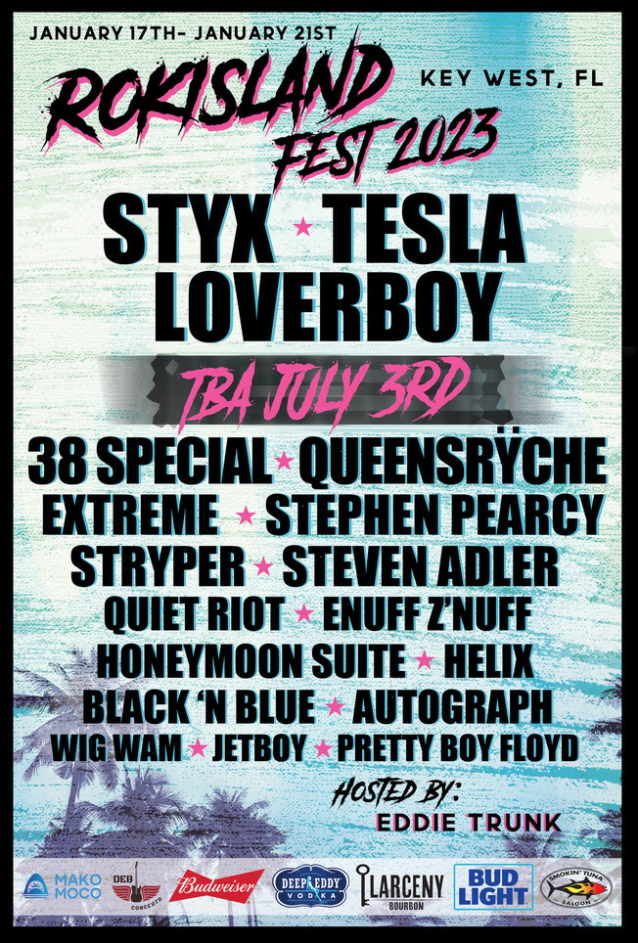