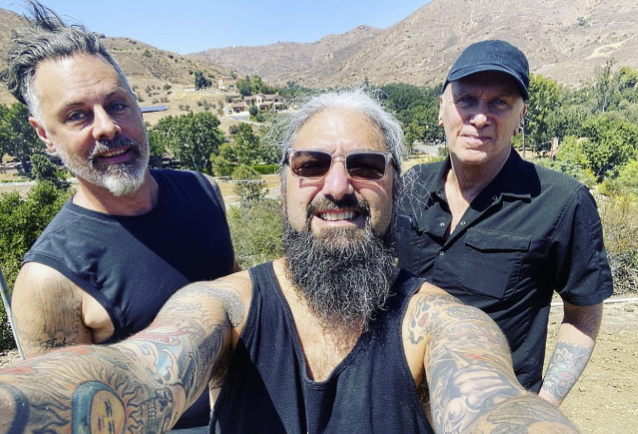 During an appearance on the latest episode of "The Chuck Shute Podcast", guitarist/vocalist Richie Kotzen spoke about the progress of the recording sessions for the third album from THE WINERY DOGS, his power trio with legendary bassist Billy Sheehan (MR. BIG, TALAS, DAVID LEE ROTH) and drummer Mike Portnoy (DREAM THEATER, AVENGED SEVENFOLD). He said (as transcribed by BLABBERMOUTH.NET): "THE WINERY DOGS, the third album, the music exists. It's been mixed. It's been approved, and it has been mastered. So what we're looking at now is when are we going to put it out? But the consensus seems to be that next year, 2023, will be THE WINERY DOGS year. I think the three of us really are excited about getting back at it. It's been way too long." Kotzen went on to say that dates are being put together for THE WINERY DOGS' upcoming tour, which is expected to kick off early next year.