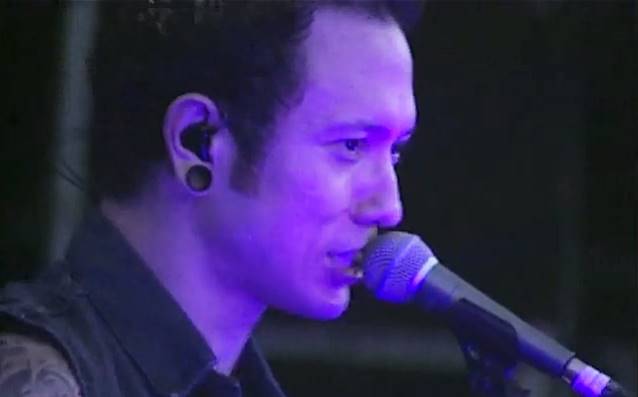 Professionally filmed video footaged of TRIVIUM's August 1 performance at the Resurrection Fest in Viveiro, Spain can be seen at this location. A couple of the clips are available below.

TRIVIUM's new album, "Vengeance Falls", is likely to sell between 14,000 and 17,000 copies in the United States in its first week of release, according to industry web site Hits Daily Double. The estimate was based on one-day sales reports compiled after the record — which was produced by David Draiman (DISTURBED, DEVICE) — arrived in stores on October 15 via Roadrunner.