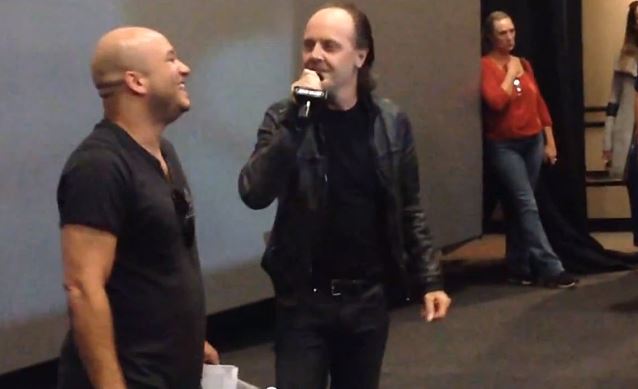 Video footage of METALLICA drummer Lars Ulrich's appearance AMC in Norwalk, California — just down the street from where METALLICA was born in Downey — on Friday can be seen below.