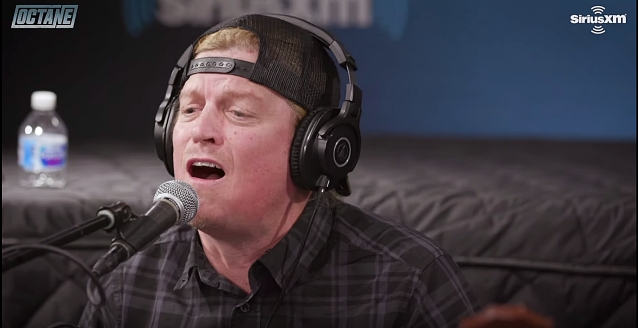 Video footage of PUDDLE OF MUDD performing an acoustic version of the song "Blurry" live at SiriusXM studios can be seen below.

PUDDLE OF MUDD's new album, "Welcome To Galvania", was released in September via Pavement Entertainment. It marks the band's first full-length collection of new material since "Volume 4: Songs In The Key Of Love And Hate".

"Sometimes in life you come across people who want to bring you down and rip apart your soul. Well, those days are gone," frontman Wes Scantlin said. "I have surrounded myself with a great team of people. They believe in me and I believe in them. I'd like to thank each and every one of them for their hard work and perseverance. I would also like to thank all of my fans for their patience. This is just the beginning. I have a lot more rock 'n' roll in me to share with the world!"

Last year, Scantlin said that he finally got his life together after years of legal troubles, canceled or disrupted shows and arrests for disorderly or drunken behavior.