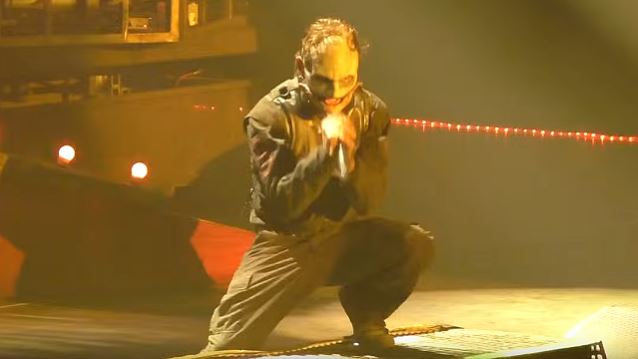 Fan-filmed video footage of SLIPKNOT performing the song "Skeptic" live on January 23 at Siemens Arena in Vilnius, Lithuania can be seen below.

"Skeptic" is taken from SLIPKNOT's latest, ".5: The Gray Chapter", which sold 132,000 copies in the U.S. in its first week of release to land at No. 1 on The Billboard 200 chart. SLIPKNOT singer Corey Taylor told Kerrang! magazine about the song: "This is definitely about [late SLIPKNOT bassist] Paul [Gray], absolutely. And it's a song about the kind of person that Paul was, just his love for not only music in general, but for this band, and just how amazing a personality he was. And the name 'Skeptic' refers to the fact that when everything was down and out, when everyone would be in the dumps and negative, or just feeling like nothing could get done, he would be the guy who was completely sceptical of all the odds against us. He'd just be like, 'Screw that! We're gonna do this, and we're gonna do it amazingly.' He was the beating heart of it, and this song is a celebration of who he was."

SLIPKNOT has selected "Goodbye" as the next single from ".5: The Gray Chapter".

SLIPKNOT is nominated in both "Best Rock Album" (".5: The Gray Chapter") and "Best Metal Performance" ("Custer") categories at the 58th annual Grammy Awards, which will be held on February 15 at Staples Center in Los Angeles and broadcast on CBS at 8 p.m. ET. 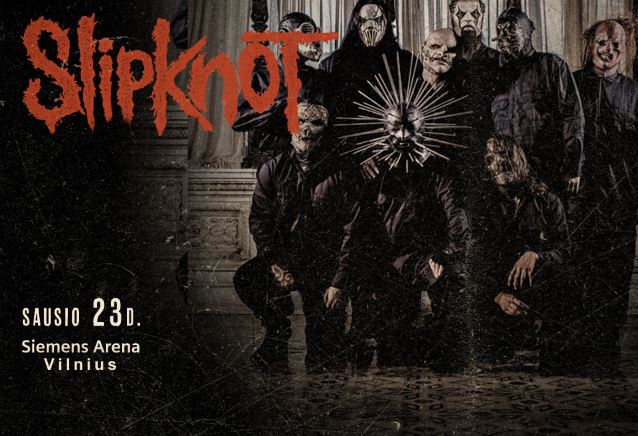