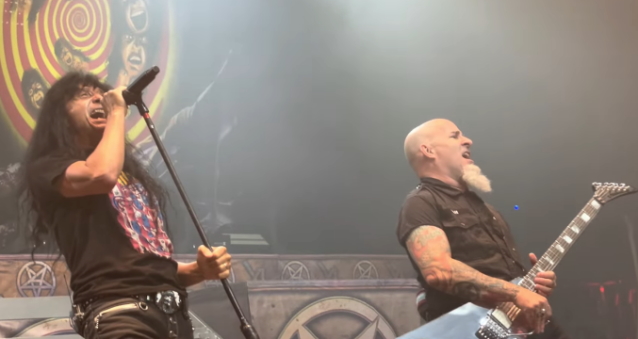 Fan-filmed video of ANTHRAX's entire August 12 performance at House Of Blues in Orlando, Florida as part of the band's North American tour with BLACK LABEL SOCIETY and HATEBREED can be seen below.

ANTHRAX's setlist was as follows:

Last week, ANTHRAX was forced to cancel two concerts on the tour — in Austin and in Dallas — "due to a medical concern."