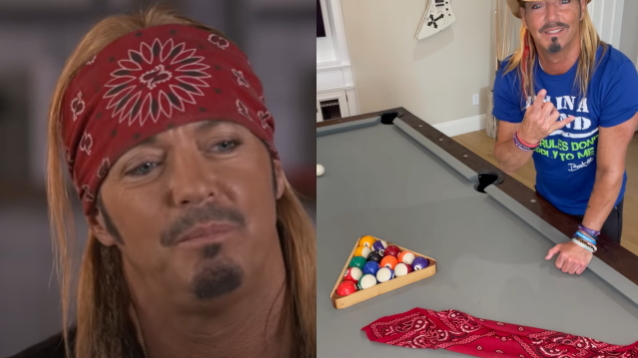 POISON frontman Bret Michaels has shared a video tutorial on how to tie a bandana like a headband.

At the beginning of the clip, which can be seen below, the 59-year-old rocker can be heard telling the viewer: "A lot of people ask me about the Bret Michaels patented headband diamond fold. For your bandana to fit any-size head, it is like this."

Back in 2010, Michaels told "The Oprah Winfrey Show" that he kept his trademark bandana on the entire time when he was rushed to the hospital after suffering a brain hemorrhage.

"It's like Superman without the cape. I said, 'If I'm going out, I wanna go out rocking,'" Michaels told Winfrey. "Leave the boots on [and] some form of a bandana."